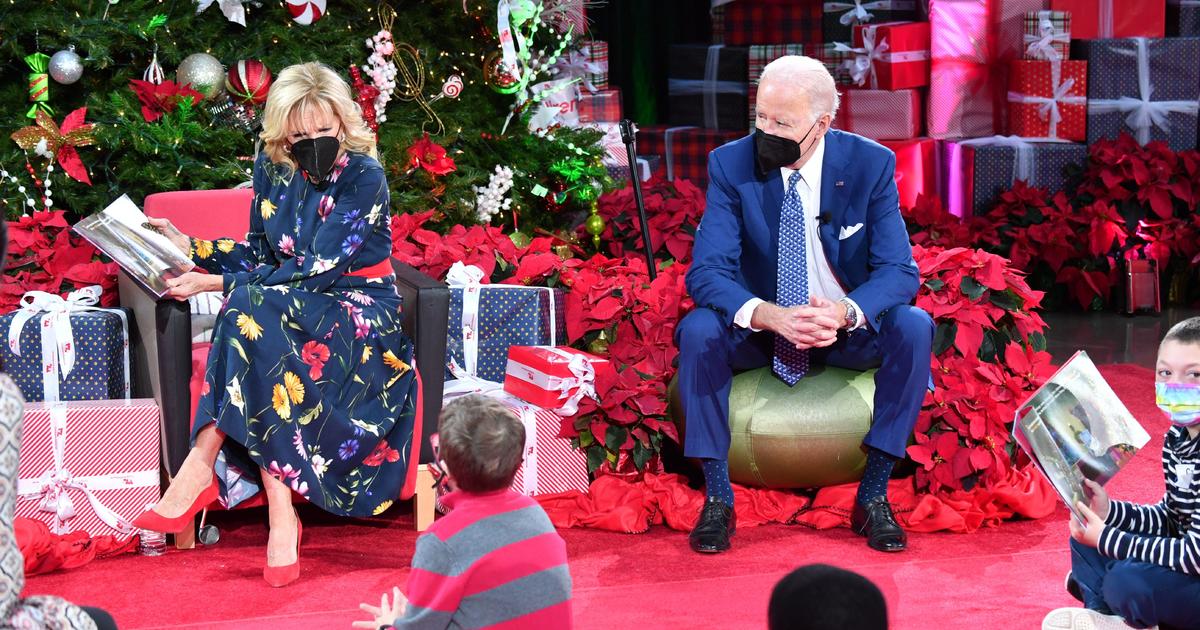 The 2021 edition of the Biden family Christmas will look much as it has over the past few decades, with one notable exception: the location.

Instead of celebrating in Wilmington, Delaware, as is their tradition, the Bidens are spending this Christmas at the White House. The request to relocate family holiday festivities came from the first couple’s grandchildren, who will file into town for Christmas Eve and Christmas Day, according to the first lady’s press secretary Michael LaRosa.

The president, first lady, their children and grandchildren planned to attend mass Friday in Washington and then retire to the executive mansion for a pasta dinner and a sleepover — both Biden family Christmas Eve customs.

LaRosa said the president will partake in his annual ritual of “flocking” the Christmas tree (decorating it with faux snow), something he’s done since childhood. “It drives the first lady crazy” because of the mess it makes, LaRosa said.

“We’ve built a lot of traditions over the years and one of my jobs is to keep them going. In our most turbulent times, they are the scaffolding we cling to,” the first lady wrote in her 2019 memoir. One of the traditions she wrote about was a family-wide Secret Santa gift exchange on Christmas Eve, but it’s unclear if the Bidens will do that this year.

Earlier in the day, the first couple visited patients at Children’s National Hospital in Washington, the first time a sitting president has visited during the holidays.

“We have our stockings hung already,” Dr. Biden said.

On Saturday, the Bidens will wake up and open presents stashed under the tree on the third-floor White House residence, LaRosa said. Then, as they have for years, the Biden grandchildren will scatter around the country to see other family members. LaRosa said the president’s grandchildren, Hunter and Natalie, will be with their mother Hallie, widow of the Bidens’ late son Beau, and grandchildren Naomi, Finnegan and Maisy are expected to visit family out of town. The Bidens’ children, Ashley and Hunter, will head out Sunday.

Before they leave town, Dr. Biden plans to carry on yet one more ritual: sending off family members with homemade bacon-egg-and-cheese sandwiches for the road.

“The house always sounds too quiet after everyone leaves,” Dr. Biden wrote in her book, adding that she usually spends the rest of the day with her sisters. LaRosa said she’ll do that again this year.

Also on Saturday, the president and first lady made calls to servicemen and women stationed around the world to wish them happy holidays and thank them for their service.