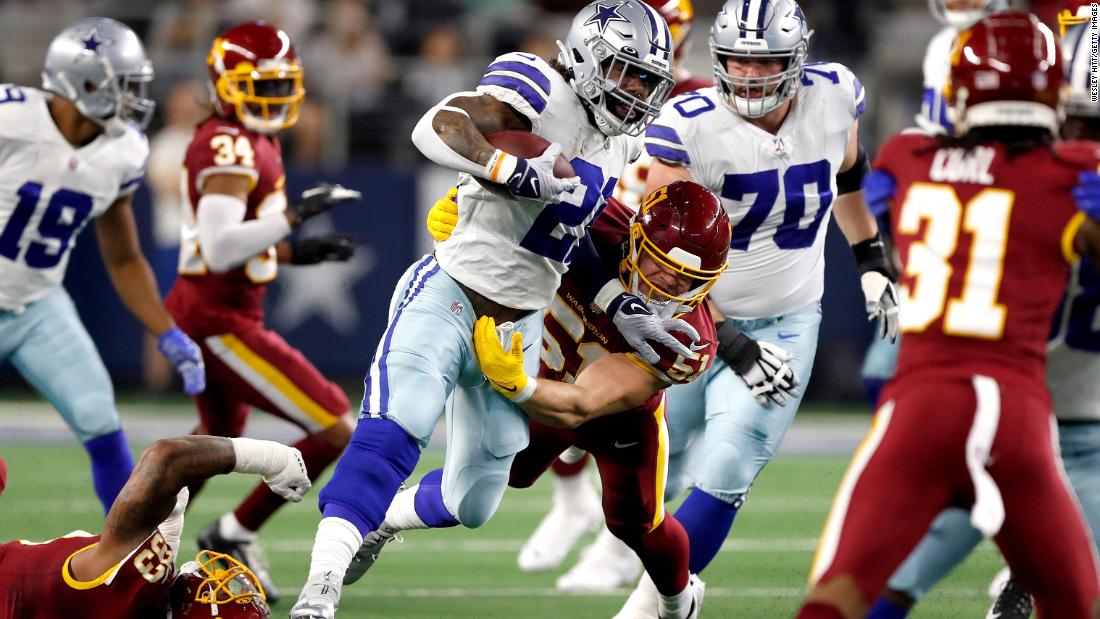 As Washington fell apart at the AT&T Stadium, tempers also flared on the sideline. Defensive linemen Jonathan Allen and Daron Payne, who were teammates at Alabama, got into an altercation that NBC’s broadcast caught on camera.

Payne appeared to stick a finger in his teammate’s face and Allen retaliated by throwing a punch.

Payne described the incident as “just a little brotherly disagreement; maybe the wrong place, wrong time, but it happened.”

Washington is now 6-9 after three defeats in a row with its postseason hopes all but over.

Washington coach Ron Rivera said he had spoke to both players about what had happened on the sideline, but that no disciplinary action would be taken against them.

“I talked with them, and as far as I’m concerned, that’s where it’s going to stay,” Rivera told reporters. “What my players say to me is nobody’s business.”

Allen was asked if the altercation had anything to do with how multiple player injuries and Covid-19 issues have recently impacted the Washington team.

“It definitely affects us but as professionals it’s our job to go out there and play good football which for the last two weeks has been some of the worst football that I’ve ever been a part of — including myself. We have no one to blame apart from ourselves.

“When something happens on the field, you never let it carry into the locker room,” added Allen. “Things get heated, we fix them, we sit down as grown me and we move on.

“I’ll take full responsibility for my actions and so will Payne.”

Holden Perrelli contributed to this report.